Pic : Lanya and His family.

"#‎RugbyKE - on my tour to Western Kenya this weekend I visited with â€ªDuncan Lanya & his family. As you know, Lanya is a past Captain Blackblad RFC. “

“In March 2014 he had an injury during a tournament which on admission turned out to be Meningitis. After 3 life saving operations, a pipe was installed through his head to drain the water & discs put on his back to support him. The same however left him blind."

“While he is yet to regain his sight, progress is noted & he swears to me he saw a number 12 on a â€ª#‎Manchester United jersey while on the back of a boda boda!! “

“As you note his spirits are high, remains optimistic on resuming active play & to prove it he did a few sit ups (to the amusement of his father). “ 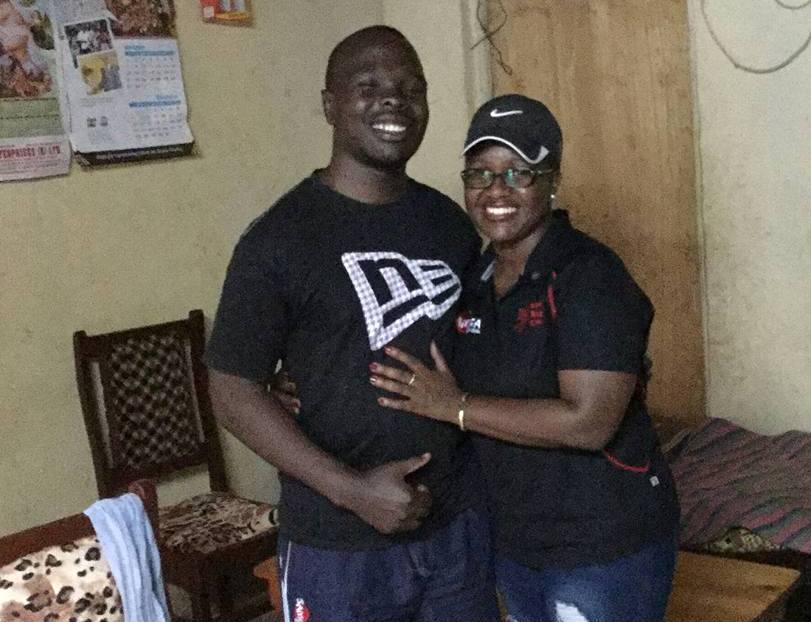 “He sends the â€ª#‎RugbyFamily his regards & advance wishes for Christmas. He is eternally grateful for the support you gave him & his family & wishes you nothing short of blessings & good health. Special greetings to his team mates & FOREVER Team,” Paula Concluded.

Get well soon Lanya!
Your Rugby family and friends miss you a lot on the pitch, and look forward to your return.
We all send our best prayers to you,
and want you to know that you are greatly missed by the rugby family!
So return to us soon.