The Bankers started off on a high note in the round four of the Kenya Rugby union Women’s 10s a side League held at the RFUEA Grounds. KCB faced USIU, Top Fry Nakuru, Kenya Harlequins and Mwamba.

KCB were merciless against USIU as it rained tries in the one sided game. KCB’s Philadelphia Olando and Janet Okello were rampant in this match that ended 65-0 in their favor.

KCB Women RFC then faced Top Fry Nakuru Women RFC in their second match of the day. They continued with their good style of play as they stun the Rift Valley side 41-0. Janet “Shebesh”, Dorcas, Everlyne and Mideta were the try scorers. Janet Okello, Philadelphia Olando and Everlyne had successful conversions. The match official was Linus Kinuthia. 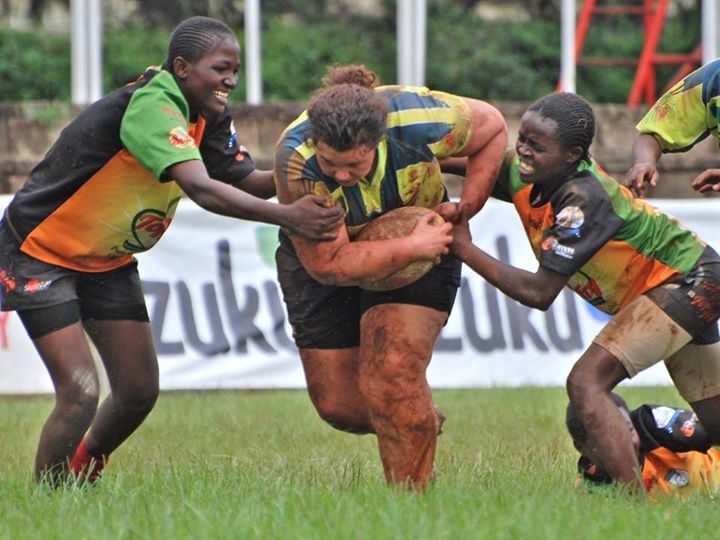 Mr. Victor Oduor was at the center of things when Kenya Harlequins Women FC took on KCB Women RFC . Emily woods and Janet Okello touched down for the bankers as Philadelphia Olando added her points tally in the conversion list. Kenya Commercial Bank won 31-0.

The last match of the day saw Kulabu and KCB battle it out. The bankers reduced the point margin between them and Mwamba with an impressive 22-7 win over their arch rivals. Janet Okello, Philadelphia Olando and Prop Immah struck for KCB. Camilyne Oyuayo scored one try for Mwamba which happened to be the only try that KCB conceded in the round 3 fixtures of this tournament.