Machakos County governor, Dr Alfred Mutua and his wife were present at the Masaku 7s event.

A match was halted for a number of minutes to allow Dr Alfred Mutua’s Chopper to land on the rugby pitch.

Security was beefed in and out of the Kenyatta Stadium by the National Youth Service who stood in solidarity to ensure everything was okay. 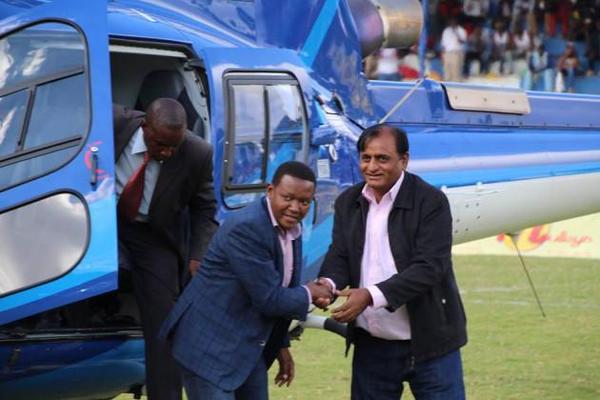 It is not clear how a habitually drunk young lad made his way to the VIP lounge where Governor Mutua and his wife were seated and caused disorder.

The young fellow was however apprehended by the NYS and taken to the nearby police station.

The king of condoms (Mr. Stanley Ngara) made his presence felt as he issued free condoms to the loyal rugby fans and then educated them on how to use condoms.

The Durex Company was also present. They issued free condoms on one condition, hugs first.

Their motive was clear, “Help control HIV and Aids prevalence in Kenya”.

After last year’s Masaku 7s madness, this year’s fans were more cautious on their whereabouts.