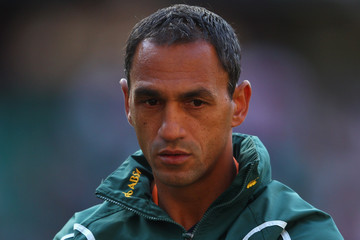 Paul Treu built an impressive curriculum vitae during his near decade long run at the helm of South Africa's sevens national team.

Paul Treu was the first African coach to win the world sevens series title. He won it in 2009 while he was the Head coach of South Africa's sevens team.

Treu faced a more demanding assignment as he looked to bring success to Kenya when he took over as Kenya sevens head coach.

Paul followed in the footsteps of another foreign coach in Kenya. He replaced Englishman Mike Friday known to Kenyans as Otoyo.

When Paul Treu took over as Kenya 7s head coach, he was confident that he would help Kenya join the elites of rugby sevens.

During his short tenure as the Head coach, Treu was assisted by Felix "Totty" Ochieng and former South Africa sevens player Vuyo Zangqa.