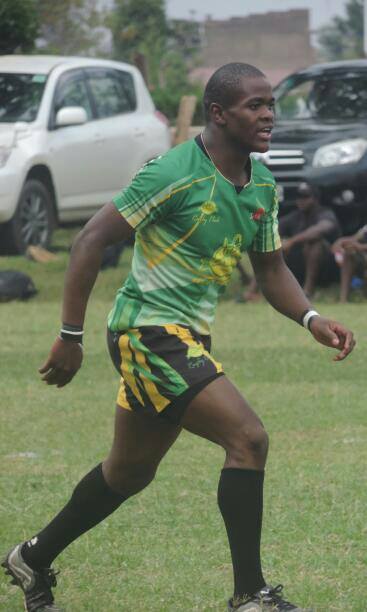 John Beda got interested with the game back in 2009. He used to watch guys play in high school.
Aluda started playing rugby in 2012 after long persuasion from his school rugby coach.

He initially played soccer for the school team.
Role model : Collins Injera
Aspirations :  "Playing my game to the highest level possible and to represent my country ".

John is Godfearing,simple and stands accountable for his actions in whatever situation.