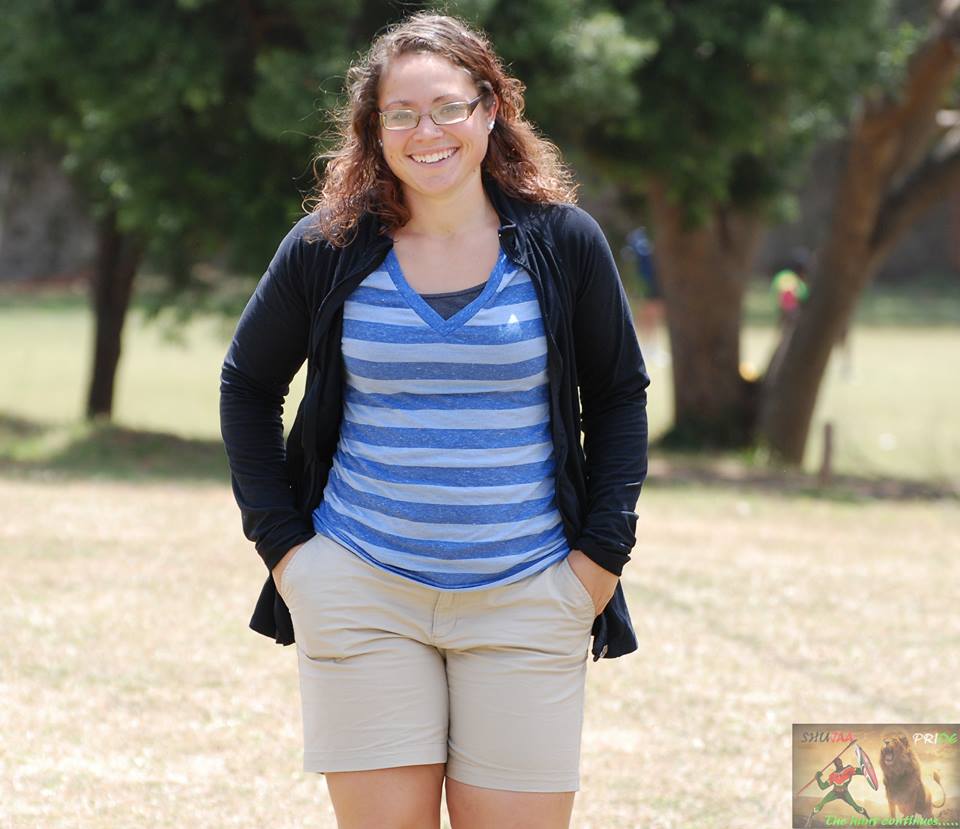 Jordo became interested in rugby during her second year of undergrad.

"The sport was not like anything I ever played or knew about; I wanted to give it a go." , Weaver told Shujaa Pride.

Jordan started playing rugby in January 2010.
. At the time she was not familiar with rugby other than at her university.

Role model: Her Coach Bob.
"He began coaching in 2002 when our program began and volunteered his time to build Women's rugby; He also played for our local club organization. " , Jordan added.

She aspires to play and improve her skills and knowledge of the game. She would love to continue her education in sports psychology and use her experiences to build other programs at universities, and perhaps do some coaching. No matter where in the world she finds herself, she thinks she will look to either play or advance Women's rugby. The lessons learned while training and playing have impacted her life much more than just on the pitch. Jordo aspires to allow others to experience the same impact and empowerment.

Weaver first came to Kenya in 2009 and today she is surprised that life has kept her here. She tends to think of herself as outgoing and independent, taking opportunities and risks as they come. Aside from rugby and the professional scene, she enjoys hanging out with friends and doing anything in the outdoors. She loves watching movies and building / creating things. Jordan is born again and strives to trust Christ with her life plans.

Random facts: She has a postcard collection from her childhood that she still maintains.
She can say the alphabet faster backwards than she can forwards.

She never thought rugby could be related to her career, but now that is changing.