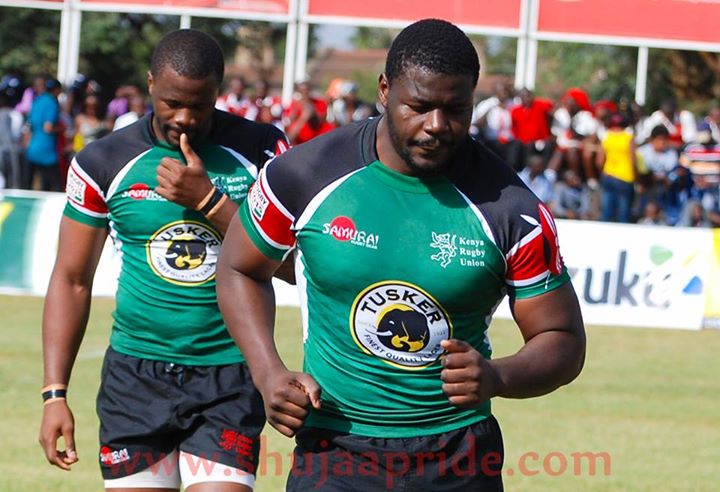 Lawrence Buyachi is his name but mostly referred to as Lawi by his peers.
'Jogoo' is his nickname .
Date of Birth : 20th August 1987.

He then went to Jkuat Karen Campus for his Bachelors degree.

MKU -  Masters in Monitoring and Evaluation.(2015).
Career : Project Management.
Position : Utility Forward. 1, 6,8.
Clubs : Nakuru RFC.
Lawi got interested in rugby at an early age but started playing when he joined high school in 2001.
Buyachi has a couple of role models , Pascal Wetukha , Edwin Shimenga and Benjamin Ayimba.
"In fact I kept an autograph he signed for me in 2005 for so many years, got lost just the other day (2015). " Jogoo told Shujaa pride.

Rugby Aspirations : To keep putting smiles on Kenyans faces through rugby and eventually qualify for World Cup in Japan 2019 having missed out narrowly England 2015.

Lawrence Buyachi likes cooking , going out and having fun. Jogoo likes going for safaris and adventures.