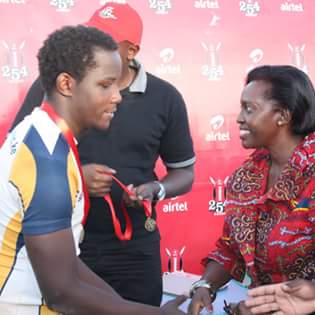 Date of birth : 10th September.
Campus : USIU
Positions : Center / Fly half
Died : 5th August 2017.
Michael Ouma’s death came just on the day yet another Rugby player James Kilonzo was laid to rest after he was shot dead at Kasarani area.
Ouma is said to have been involved in an accident in his apartment in South B.
Twitter : @Ouma_myke