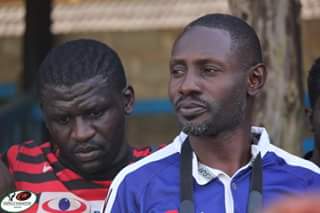 Passed away : Monday morning, May 23 2016 while undergoing treatment at Aga Khan hospital.

Situma who was also the former head coach of Nakuru RFC made history in the country by coaching a team outside Nairobi that won the prestigious Kenya Cup.

Before his death, Situma was a Regional Rugby Development officer

Favorite Quote : "For them that believe he gave the power to be called the sons of God!"