After having registered a bad start in day one fixtures, Kenya lionesses bounced back to light in today’s first match. Kenya saw off Mexico 31-0 in a chilly afternoon at the UCD Bowl stadium in Ireland.

Janet Okello opened the flood gates for the lionesses early in the first half before Janet Owino touched down and kicked in the conversion to give Kenya a 12-0 lead at halftime.

Captain Catherine Abilla extended Kenya’s lead in the second half to 19-0 before Philadelphia Olando made it 24-0 with a 70 yard dash straight to the try box.

Janet Okello “Shebesh” had not had enough; she went over the white wash to complete her brace and seal Kenya’s 31-0 win over the Mexicans. 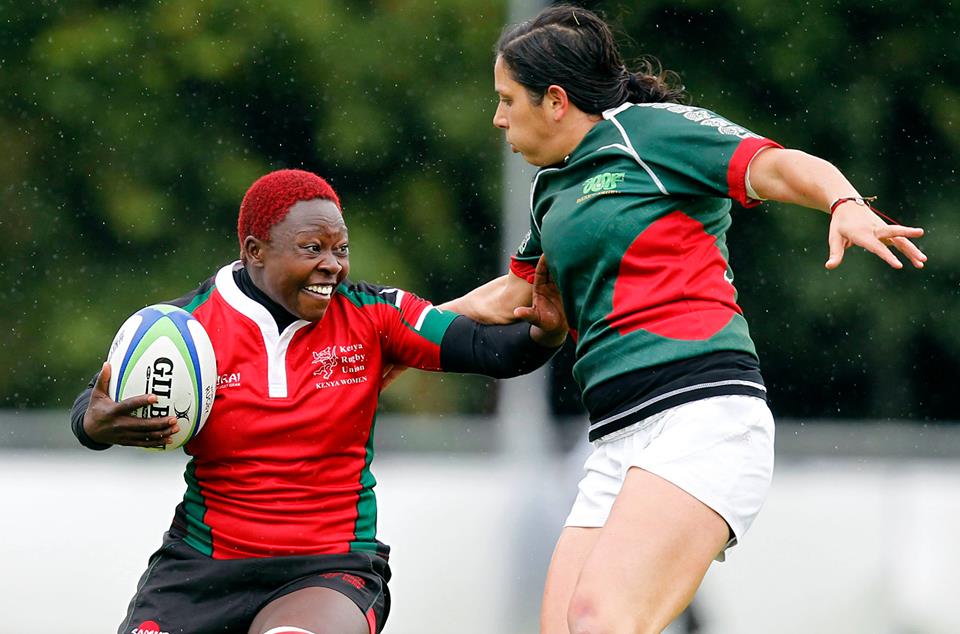 The result saw Kenya lionesses advanced to the Bowl final to face Colombia, a side they faced a day before in pool B.

The lionesses went into this match with confidence as they had beaten them in the previous fixture.

The first half was quite a lackluster; both sides failed to break each other’s defense and they went to the break with a barren stalemate between them.

Philadelphia Olando had her try denied in the second half.

Kenya Lionesses were out to assert authority and after good tidy play, Janet Okello broke the deadlock with a superb try with few minutes shy from full time although the resulting conversion went wide. Kenya lionesses won 5-0. 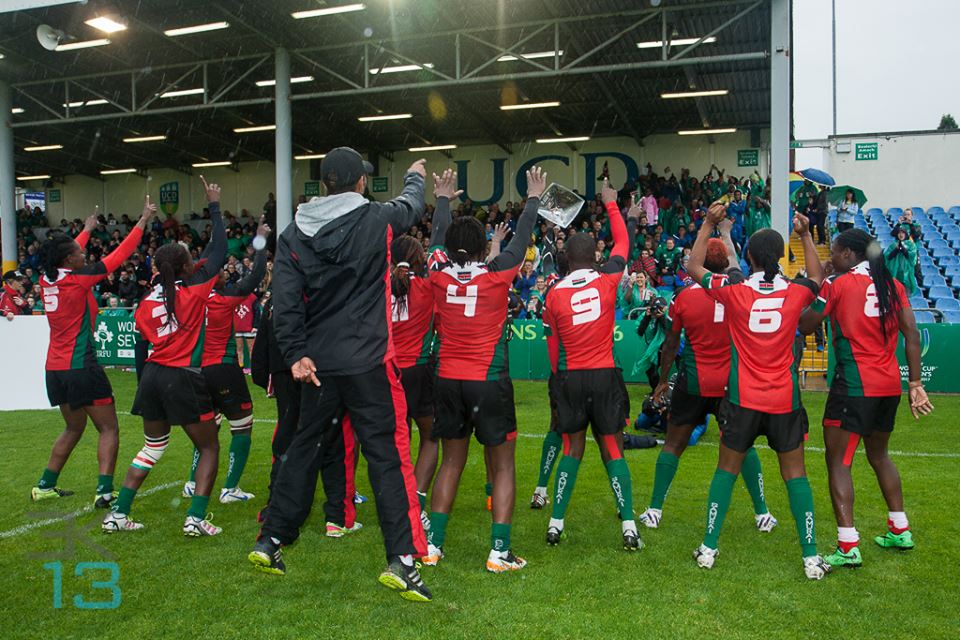 We assume Coach Ash was hiding from the cameras so we caught him on this one. 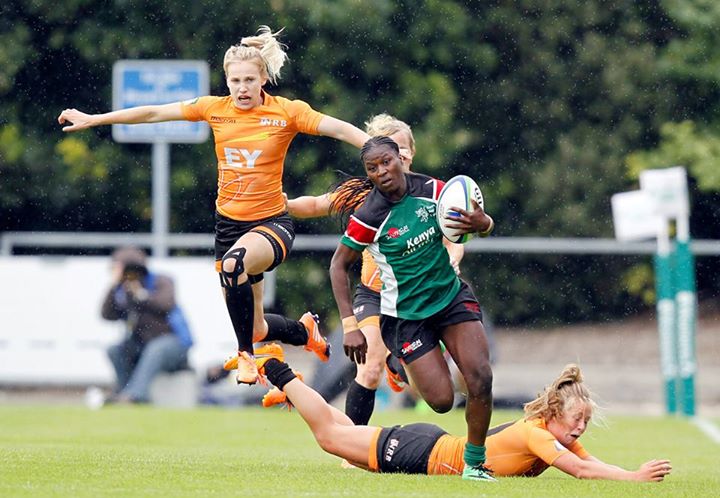 KCB’s winger and probably the fastest player in the just concluded tournament, Janet Okello known to many as Shebesh, was instrumental in all matches. She scored at least a try in all matches that the lionesses played. 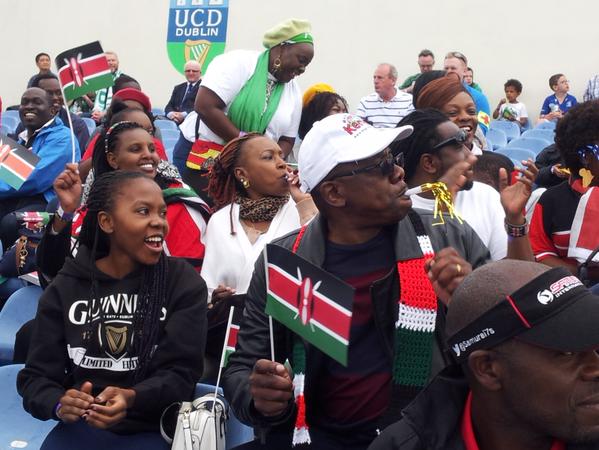 The fans came in large numbers to support Kenya Lionesses at the just concluded World rugby sevens Women’s qualifiers. The cheering squad was led by Kenya’s Ambassador to Ireland, Mr.  Richard Opembe (in a white cap).