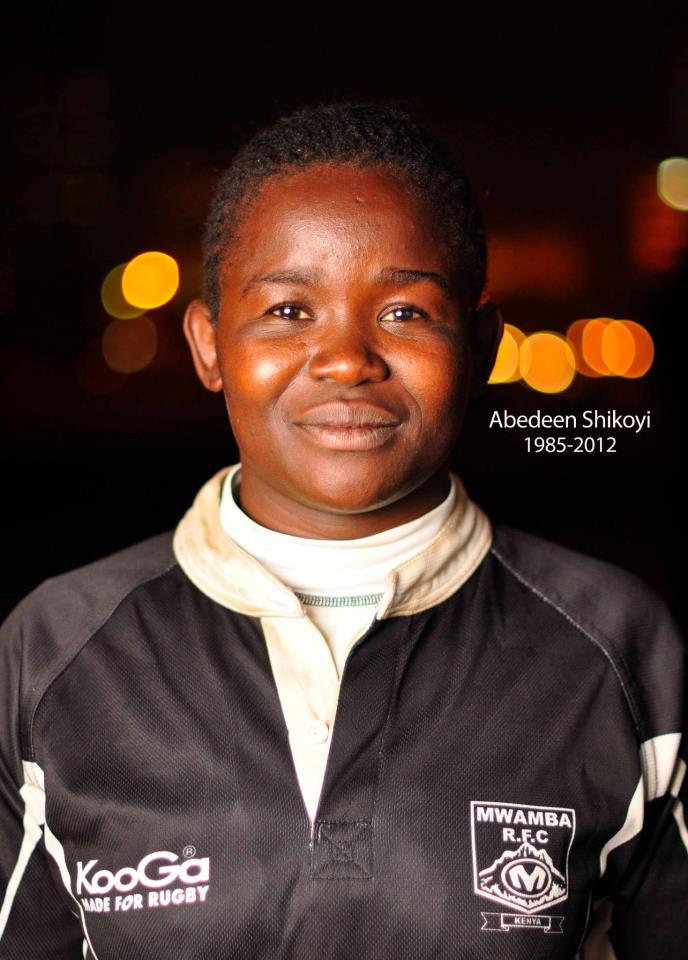 Aberdeen Shikoyi passed away at the Nairobi Hospital on Saturday 28th April 2012 while receiving treatment following an injury sustained during the first leg of the Women's Elgon Cup match against Uganda in Kampala on Saturday 21 April 2012.
At that time, she was the captain of the Kenya Women's National Rugby Team and Mwamba Ladies rugby team (The only female rugby club as of that 2012).

Former Kenya Rugby Union Chairman Mwangi Muthee described Ms Shikoyi,
"Aberdeen was a very, very brave girl and a very, very strong character - she was a natural leader and that why she very quickly became the captain of the Kenya women's team."

She was leading Kenya Lionesses against Uganda in the first leg of the Elgon Cup when an opponent’s knee hit her spine during a tackle.
She was further injured in the scramble for the ball afterwards.

She was airlifted from the pitch and taken to hospital in Nairobi for surgery.
She passed away on Saturday night (28 April 2012), a few hours after Kenya Lionesses defeated Uganda in the second leg to claim the Cup.