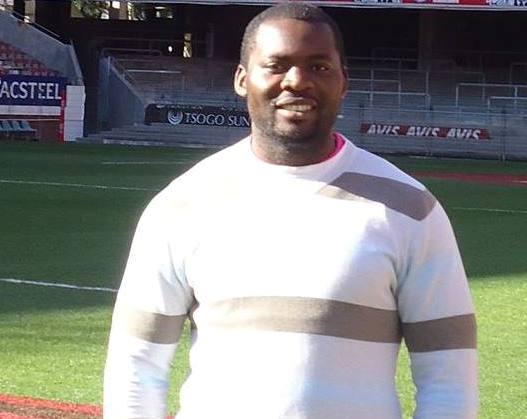 He schooled in Cameroon.
Date of birth : 18 May 1989.
Nickname : Ngong.
Previous Clubs : Kenya Harlequin, Bellville Rfc and Gymkhana Rugby club.
Rugby positions : Prop and Number 8.
Ngong got interested in rugby in 2008.
Between 2010-2011 Ngong played for Gymkhana Rugby club in Sri Lanka.
In 2013, he went to play in South Africa for 2 years in cape town Western Province in a club call Bellville Rfc which participates in Super league A and won the 10s league.
Ernest came to Kenya in 2014 and played for Kenya Harlequins before joining Kabras RFC.

Ernest Ngong aspires to play for Kenya XVs in the near future.